Man Accused of Domestic Violence Claims He Was The Victim 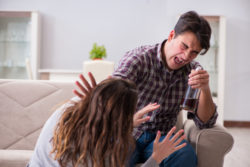 A Pine Hill man is suing police and other officials after he was arrested and charged with assault in a domestic violence case – despite the fact that he claims that his girlfriend threw boiling water at him, while he never laid a hand on her.

The man was treated in January 2016 for scalding burns at a Stratford hospital. However, his girlfriend had been the one to call 911 that night, not him. The call set law enforcement into motion in a series of events that later led to the man’s arrest, based on his girlfriend’s claims that he choked her and hit her in the face with one of her own boots.

A court later dismissed the charges against the man, however; the judge said that the girlfriend’s claims of assault did not seem credible. According to NJ.com, no record of arrest or prosecution of the girlfriend is available from the Camden County Prosecutor’s Office, although the man was granted a restraining order against her.

The lawsuit claims that arresting agencies are using gender to decide which party to arrest and which to treat as the victim in domestic violence disputes, in violation of legal requirements of equal protection and non-discrimination. Rather than using gender, police are expected to use other indicators in a domestic dispute to determine whether an arrest is appropriate – including whether one party has a visible injury, such as a serious burn.

Domestic violence disputes can often be involved in other family law issues like divorce or custody questions, and can make these issues more difficult to navigate successfully. An experienced attorney can help you understand how the varying elements of your situation influence one another. To learn more, contact family law attorney Lois Garber Schwartz today at 856.375.8989 or using her online contact form.